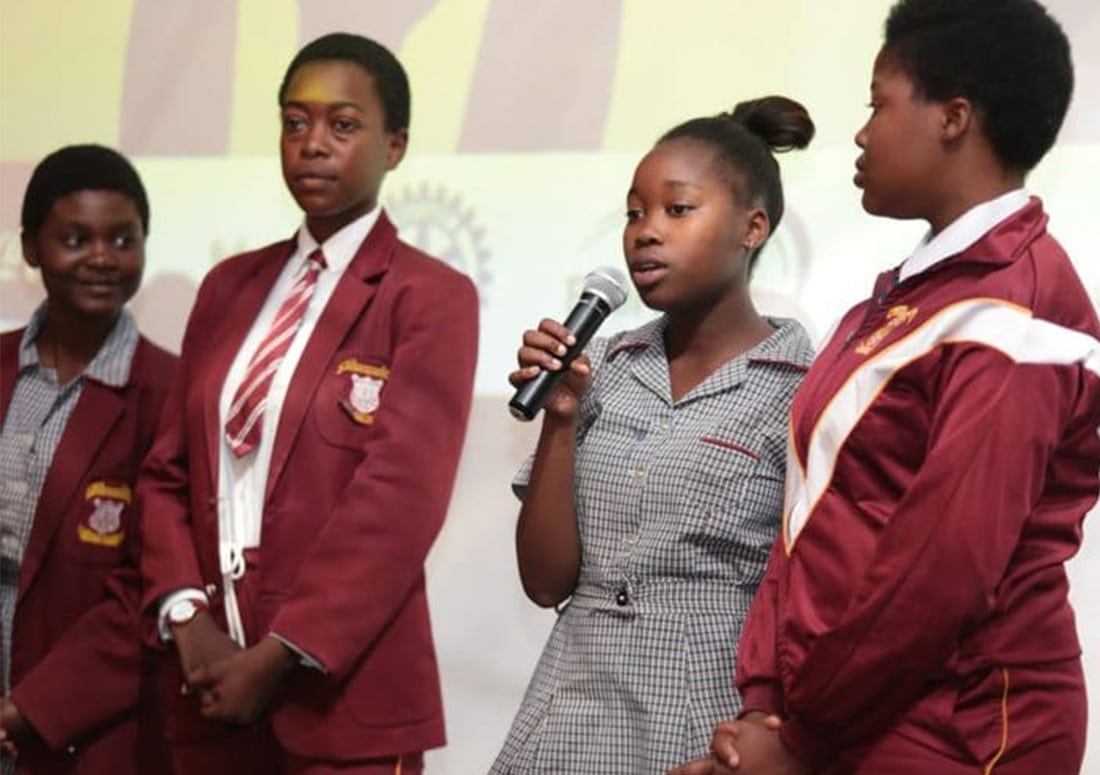 After more than a decade of trying to persuade authorities of the value of teaching entrepreneurship in schools, Lydia Zingoni, founder of the Teen Entrepreneur concept, is starting to make some headway.

South Africa has targeted the creation of one million new entrepreneurs by 2030, but a schooling system, says Lydia Zingoni, weighed down by a lack of resources, infrastructure and a curriculum that focuses on traditional subject matter makes that seemingly a pipe dream.

Zingoni, founder of the Teen Entrepreneur concept, is hoping to change that and after more than a decade of trying to persuade authorities of the value of teaching entrepreneurship in schools, is starting to make some headway.

“The person you want in 2030 to be creating a business is likely in school at this time somewhere in South Africa,” Zingoni tells FORBES AFRICA. “You need to reach them now in order to create that mindset and begin to build the support structure around them.”

Zingoni, who was born in Zimbabwe but has lived and worked in London and now Cape Town for almost three decades, is hoping to revolutionize this space in South Africa and beyond its borders to across the African continent.

“I came to realize this need when I was working for CPUT [Cape Peninsula University of Technology] as the director of information and libraries, and four young people came to my office and said, ‘look, we know we are not going to get jobs, we want information [on opening their own business].

“This was back in 2006 when internet resources and opportunities [for online learning] were obviously far less developed.”

Zingoni recognized a growing desire among young people to cut their own path in business, but there was little practical support from institutions.

She also believed these learnings should start much earlier, before tertiary education, and that schools would be an essential breeding ground for entrepreneurs.

She stepped up her plans in 2009 to form Teen Entrepreneur, a non-profit organization, and went to the Department of Education to push for a program in schools that would expose learners to the idea of entrepreneurship and help them develop their concepts.

“They were not really interested, they said, ‘science and maths is really what is important, entrepreneurship is not what we are focussing on’. So I decided to go it alone and left CPUT to create Teen Entrepreneur, which has involved advocating and creating programs to support young people in developing business ideas and skills.”

The plan is to create entrepreneur ‘societies’ in schools where learners can develop their own ideas and get the support they need to turn them into practical businesses.

“It is easier said than done,” Zingoni admits. “You can go to a school and talk to the kids for 10 minutes in assembly, but then what? You are not going to convince them that way.”

Zingoni instead approached schools to create a lesson outside of normal hours with up to 50 learners taking part. But it has been painstaking work.

“We have a program that has 11 modules, but the core is how do you come up with a business idea. If you are in Khayelitsha [a township in South Africa’s Western Cape province] or wherever, it is not just in major centers where entrepreneurship is an option.

“Look within your local community, use your passion and talent to see how you can solve your own community’s problems. Obviously, there is a social element to it, but it must have a financial gain to convince young people that entrepreneurship is an option.”

Teen Entrepreneur also hosts weekend programs, monthly indabas and conferences that are in addition to the work they do in schools.

“It has been a slow process. Very slow in fact. The hardest thing has been convincing policy-makers that we need to expose young people to an entrepreneurial mindset and culture.

But we are getting to where we want to be, although obviously the Covid-19 pandemic has set us back this past year,” Zingoni says.

“We are now working with the Eastern Cape government, who love our program. The Department of Education is also now finally running what they call the E3 program [Entrepreneurship, Education, Employability] and they have partnered with us on this. That has given us access to all South African [government] schools. If there was no Covid, we would have already rolled out that program.”

But the reach into schools across the country presents a massive logistical challenge, and that is where Teen Entrepreneur has turned to technology.

“If we went into every school, it would mean I am in charge of 27,000 teachers who will present the program,” Zingoni says. “Then multiply that by may be 50 learners in each program… it is a massive reach.

“In 2016, we decided to create a digital platform for the program, where we could refer the teachers to the portal [to get the information they need]. It took until 2019 to find a partner to assist us, and that was the University of Cape Town’s computer department.

“Schools can now get all the information they need online and create their own entrepreneurship societies in that environment.”

Zingoni says the program grapples with topics very much relevant to the world of today.

“Sustainability, the environment and climate change are factors we delve into, and it is about creating businesses that are cognizant of these issues.”

She adds they have already received interest from outside of South Africa in their program, and the decision to go digital has opened other doors.

“This is not just a South African issue, it is an African problem,” she says. “We have had interest from Tanzania, Kenya, Togo… now you can learn online, it is possible to have the program in these countries and it costs nothing to take part.”